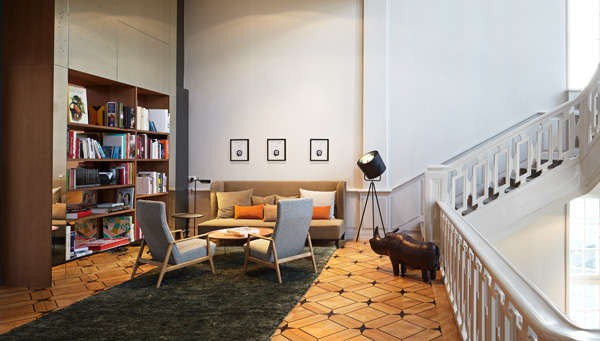 The Das Stue Hotel is Full of Sophisticated Grandeur

Meghan Young — February 3, 2013 — Art & Design
References: designhotels & trendland
Share on Facebook Share on Twitter Share on LinkedIn Share on Pinterest
The sophisticated grandeur of the Das Stue Hotel owes a great deal to the building's former existence. It was once the Royal Danish Embassy in Berlin, Germany. Of course, instead of keeping up the pomp and circumstance of state matters, the Das Stue Hotel has been given a more relaxed atmosphere suitable for a luxury getaway in the city.

Das Stue Hotel's interior design and artistic direction was headed by architect Patricia Urquiola. The modern, clean aesthetic of the hotel is certainly right up her alley. Located on what was once the Royal Hunting grounds, it can be found in the city center, close to cultural attractions such as the Berlin Philharmonic.

At once contemporary and historical, the Das Stue Hotel can be considered an attraction itself.
4.8
Score
Popularity
Activity
Freshness
Get the 2021 Trend Report FREE

Traveling Container Hotels
The Pop Up Hotel Moves Around the World