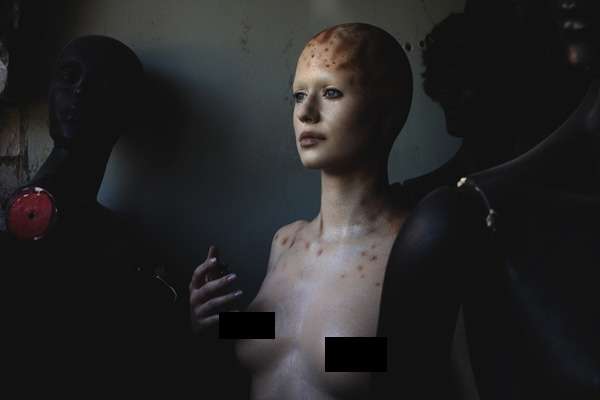 The Darren Kane Toxity Series is Dark and Candidly Captivating

Meghan Young — May 25, 2011 — Fashion
References: fashionfruit.lv & behance.net
There is no denying that there is an alien aspect in the Darren Kane Toxity photo series. I don't think anyone could look at the model's strangely bald head and not think of extraterrestrials.

This portfolio wasn't conceived by the London-based photographer Darren Kane; instead, it was conceived by Victoria Anisko as a special project for makeup artist and stylist Roman Koboshko,

A dark and subtly candid shoot, the Darren Kane Toxity photo series seems to follow this alien model as she roams through deserted city streets and other equally empty settings. The star, Anastasia, beautifully portrays the lonely and lost emotions that this character must be feeling. Yet she also takes on the role of playful explorer.