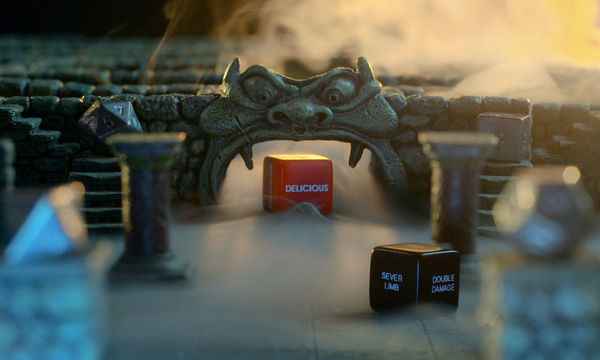 Tiffany — December 27, 2013 — Pop Culture
References: portfolio.darkigloo & itsnicethat
Share on Facebook Share on Twitter Share on LinkedIn Share on Pinterest
Created as an attempt to create "a little holiday homage to the must-have toys of our childhood," New York-based ad agency Dark Igloo has brought the masses a hilarious spoof ad to promote 'Bored Game,' the self-proclaimed greatest board game never made.

Inspired by the idea of combining 90s commercials, wizards and a group of creative friends, the game is full of nostalgia. A vast majority of the games were recovered from one of the creative’s attic and the rest were sourced from eBay. Some toys include Hot Shots Electronic Basketball, a GoPro mounted on a slot car, The Technodrome, Mall Madness, Power Glove, Laser Tag, Toe Jam & Earl, Don’t Wake Daddy and all the classics from your childhood.

The game was created using 20 toys and 100 feet of racetrack. The entire structure is a world of nonsense, where the dice is delicious and fields of dragons appear from nowhere. This game will draw you in with excitement and breathless speed, and the wizard assures “you’ll never be bored again.”