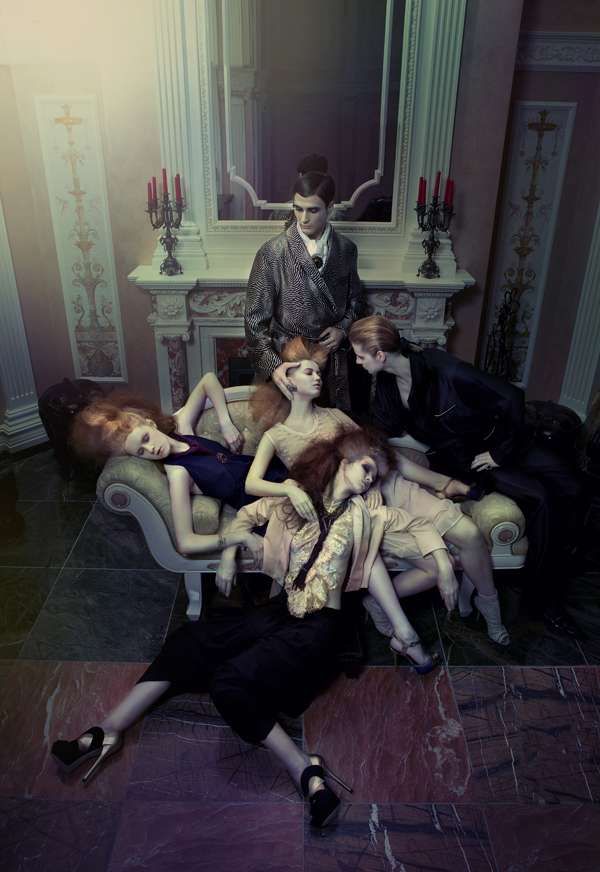 Meghan Young — June 28, 2011 — Fashion
References: ayakovlev.photodom & behance.net
Share on Facebook Share on Twitter Share on LinkedIn Share on Pinterest
With the anticipation of the last two Twilight films as well as the recent premier of the fourth season of True Blood, it is no surprise that there are still photoshoots like the Dark Days series being put together. Vampires are still all the rage right now, despite the growing fondness for zombies, werewolves and other supernatural creatures.

Shot by dream team fashion photographer Andrey Yakovlev and art director Lili Aleeva, the Dark Days photo series is, unlike the two vampire phenomena I already mentioned, is set in the past. With a vintage Victorian vibe, the fashion is quite prim and proper despite all the bloodsucking that appears to be on the brink of happening.