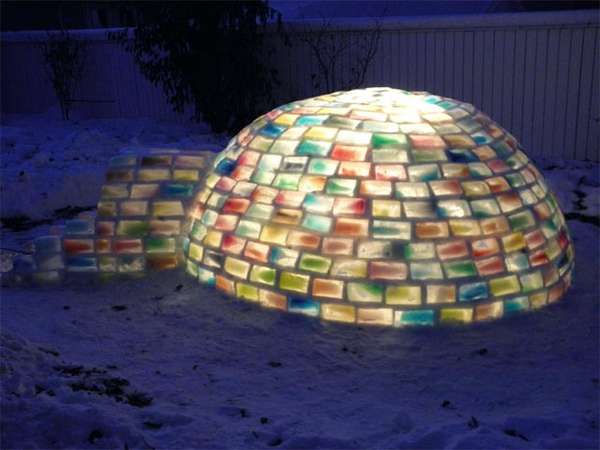 Meghan Young — January 8, 2013 — Unique
References: globaltvedmonton & thisiscolossal
Share on Facebook Share on Twitter Share on LinkedIn Share on Pinterest
Daniel Gray, an engineering student from New Zealand, doesn't shy away from a challenge. While visiting his Canadian girlfriend's family in Edmonton over the winter holidays, he was presented with 500 translucent ice bricks made out of colored water and frozen in milk cartons. Although the challenge was innocent, more of a fun way to "keep him occupied," as his girlfriend's mother, Brigid Burton, put it, Daniel Gray took it to another level all together.