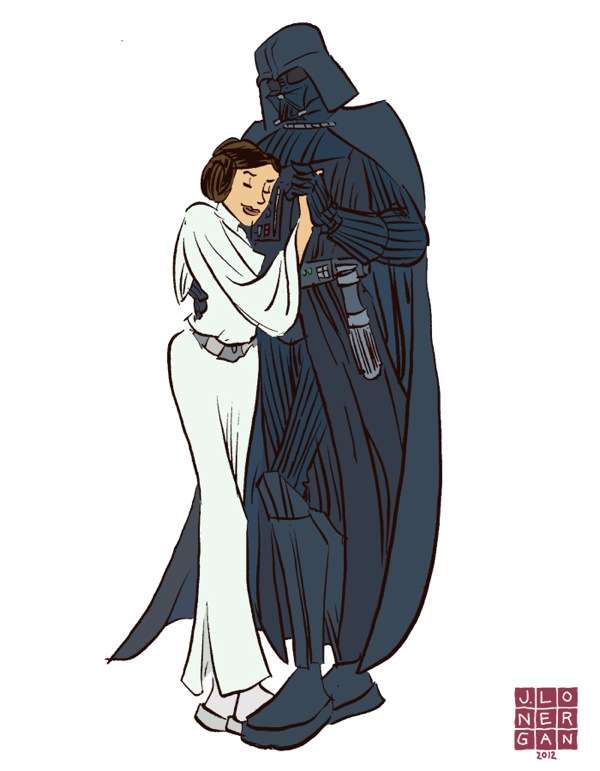 Romina S. Cortellucci — August 8, 2012 — Pop Culture
References: danceraday.tumblr & blog.thaeger
Share on Facebook Share on Twitter Share on LinkedIn Share on Pinterest
If you have ever wondered if your favorite pop culture characters could bust a move then check out the 'Dancer a Day' Tumblr. Created by Boston-based cartoonist Jesse Lonergan, the photo blog imagines iconic characters in outrageous poses and dance combinations. From suave superheros to vivacious villains, these array of characters have only one thing in common and that is their love of dance.

Lonergan posts one of his hilariously illustrations every day from Monday to Friday to the delight of fans. Some of the characters featured on the Tumblr account so far include: Willy Wonka, Chewbacca, Spiderman, Thor, The Dude, Tank Girl and much more as they get into the swing of things.

Whether they are dancing alone or with their sworn arch nemesis, these jiving characters know how to get their groove on thanks to Lonergan. The 'Dancer a Day' Tumblr will surely put a pep in your step.
2.7
Score
Popularity
Activity
Freshness
Get the 2021 Trend Report FREE