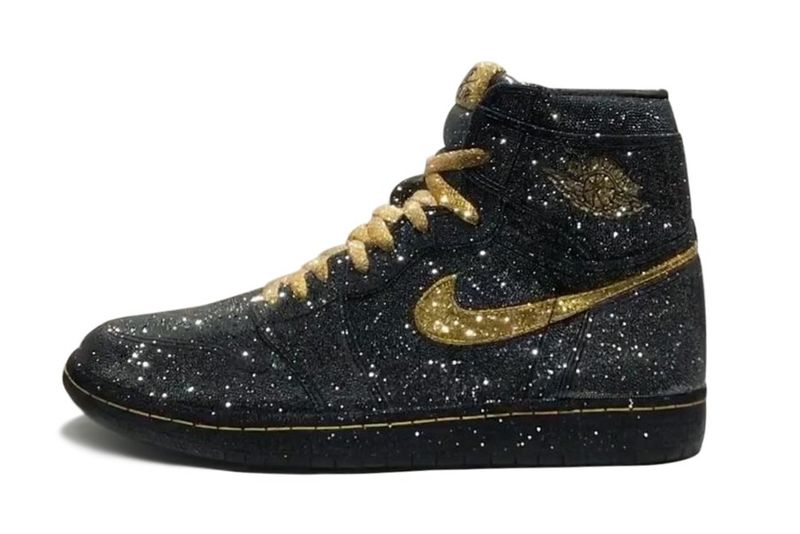 Riley von Niessen — February 21, 2017 — Fashion
References: nike & hypebeast
Share on Facebook Share on Twitter Share on LinkedIn Share on Pinterest
With Michael Jordan's 54th birthday falling on February 17th, Nike's basketball subsidiary that was named after the legend, as well as its fans, have been releasing a number of commemorative models, including a pair of crystal Air Jordan 1s.

Daniel Jacob, a fan of Michael Jordan and a sneaker customizer, adapted the model himself and shared the results on Instagram. The extreme luxuriousness of the crystal Air Jordan 1s caught the attention of the brand and media outlets alike and enabled them to go on display at Art Palm Springs, a museum in California.

Using a black colorway of the popular model, Jacob covered the uppers in 140,000 hand-set crystals, which give the sneakers a glittery appearance.
5.4
Score
Popularity
Activity
Freshness
Attend Future Festival Virtual