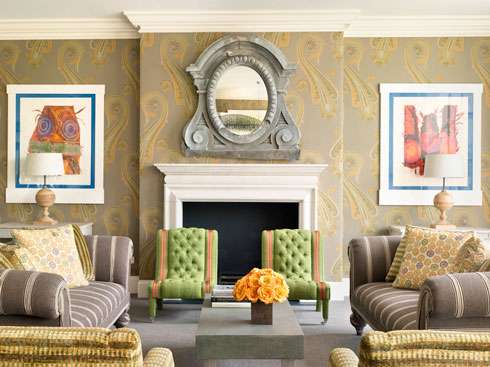 Craig Markham, Marketing and PR Director for Firmdale Hotels, said that the boutique hotel chainlet didn’t want to do a London hotel in New York. What does that mean? Apparently, an understated entrance on a quiet cobblestone street, a private garden, a green roof and 40 different room designs ranging from folksy floral to contemporary minimalism sets the Crosby Street Hotel apart from its siblings in London.

The Crosby Street Hotel does contain a little bit of English whimsy. A different felt animal is appliquéd on the back of every dining room chair, and a huge primitive wooden bird hangs above the bar. Even the hotel’s logo, a dog on a leash next to its owner’s high-heeled boots, can be seen as a miniature print of the staff ties. If this isn’t enough to love, the Crosby Street Hotel is one of the first hotels in New York to boast a LEED’s certification.
5
Score
Popularity
Activity
Freshness
Get the 2021 Trend Report FREE