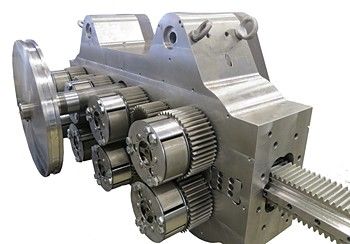 Rahul Kalvapalle — February 23, 2015 — Eco
References: kth.se & gizmag
Share on Facebook Share on Twitter Share on LinkedIn Share on Pinterest
Swedish company CorPower Ocean has managed to create an exceptionally efficient as well as cost-effective wave energy converting buoy. These buoys are claimed to generate up to five times more energy per ton of device, at a third of the cost of existing wave power systems.

The CorPower works using something called the point absorber system. Essentially, a buoy floats on the surface of the ocean, bobbing up and down with the waves. That buoy is connected to the sea floor, and halfway between the buoy and its anchor is a wave energy conversion setup.

As the waves move the buoy up and down, it generates energy that is temporarily stored onboard before being sent out at a consistent and smooth rate via electrical cables running to the shore.

This technology is cheap, lightweight, easy to install and highly efficient and is a great example of how the earth's natural resources can be used sustainably to generate energy.
4.2
Score
Popularity
Activity
Freshness
Get Trend Hunter Dashboard