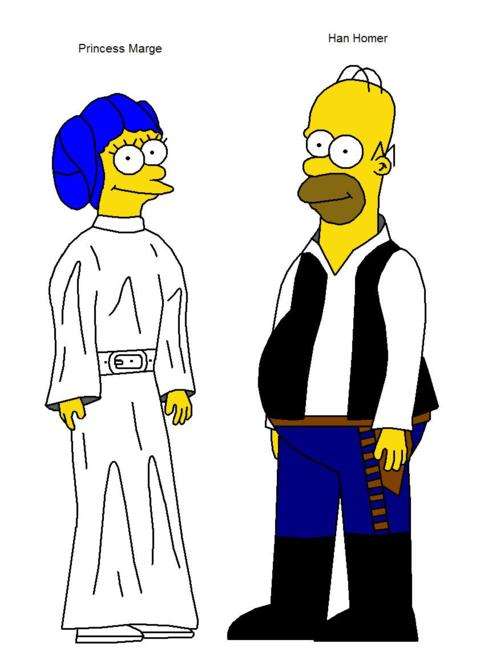 Jason Soy — August 13, 2011 — Pop Culture
References: coreyscustoms.tumblr & blog.thaeger
When you take two beloved franchises such as The Simpsons and Star Wars and you mash them together, you get something like these spiffy Corey Customs illustrations. These kooky drawings slap The Simpsons universe with a dose of the Force and now they're even more awesome than ever.

Featured in these Corey Customs illustrations is Homer as Han Solo, Marge as Princess Leia, Bart as R2-D2, Lisa as C-3PO, Maggie as Yoda and much more. The fact that it looks as though these images were made in Microsoft Paint only amplifies its hilarity.

Implications - Consumers enjoy pop culture mash-ups because they provide consumers with new content while reinvigorating their interest in the franchises involved. Corporations may similarly generate consumer interest by collaborating with high-profile companies from the same or outside of their industry.
6.2
Score
Popularity
Activity
Freshness