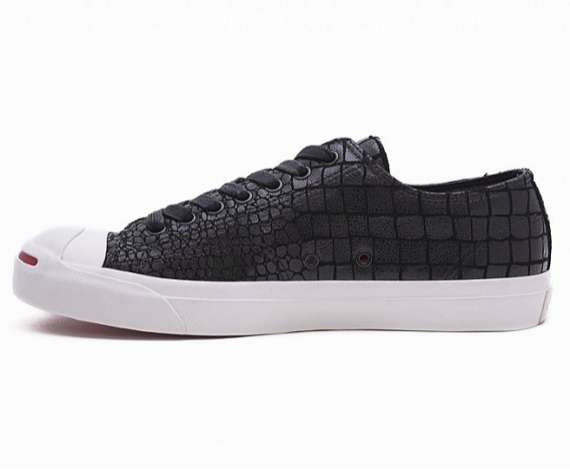 Matt Ho — January 2, 2012 — Fashion
References: converse & freshnessmag
New Balance is celebrating the zodiac animal of 2012, but the Converse Jack Purcell Year of the Dragon sneakers are looking to give the former a bit of competition.

The brand has already shown off two Chuck Taylor models that play off the Chinese New Year theme, but the Converse Jack Purcell Year of the Dragon has a different edge to it. Instead of being adorned with images of the mystical creature, this version is a low-top with a leather upper. What's worth noting is the crocodile skin pattern that slowly fades into a different reptilian pattern as it moves its way up front. Of course, the scaly-look is a nod to the dragon itself. Other details include a red insole and toe guard which is a reflection of the holiday's lucky color.
3.2
Score
Popularity
Activity
Freshness