Trading Car Keys for a Soda 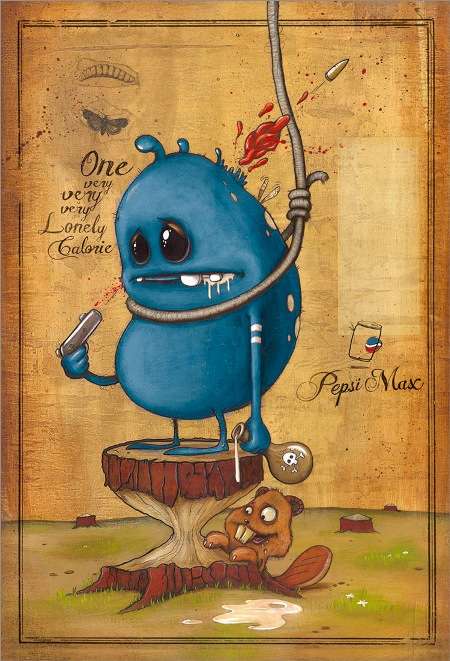 Elsa Blaine — December 2, 2008 — Marketing
References: nytimes & frederiksamuel
Share on Facebook Share on Twitter Share on LinkedIn Share on Pinterest
Pepsi Max has launched this macabre campaign consisting of three images in which a blue calorie blob is trying to off himself. In one picture, he is hanging himself with a rope with a gun aimed at his head. In the second picture he is driving into the ground on a missile while precariously holding a razor, and in the final one, he is trying to cause an end-it-all explosion.

Pepsi Max has “One Very Lonely Calorie” on its hands. However, this may not be their only problem. According to an article in the NY Times on November 17, 2008, PepsiCo is cutting the company’s ties with long time ad agency BBDO. Apparently it was, “one of the longest running relationships in advertising.” However, the article noted the agency would remain on board for the Pepsi Max brand.

As for the 'Lonely Calorie' ad, credit has been given to the BBDO Düsseldorfad agency on every site I have seen the gruesome campaign images on. I suspect there may be more to this story.
3.9
Score
Popularity
Activity
Freshness
Get Better and Faster