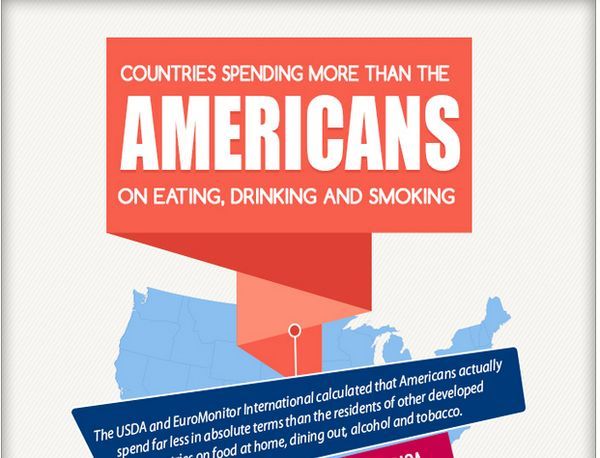 This Infographic Reviews Country Spending Compared to the US

Based on data conducted by the USDA and EuroMonitor, the infographic concludes that the average American spends $4,431 per person per year. That figure was divided by food spent at home ($2,274,) money spent on restaurant meals ($1485) and money spent on alcohol and tobacco ($673). However, last year Americans did live up to their reputation by spending the most money on fast food, with a whopping $649 per person.

How did other countries measure up? Italy, Canada, Hong Kong, Spain and Sweden emerged as big spenders, each breaking the $5,000 mark.

Happiness-Encouraging Work Infographics
This Infographic Encourages Happiness in the Workplace