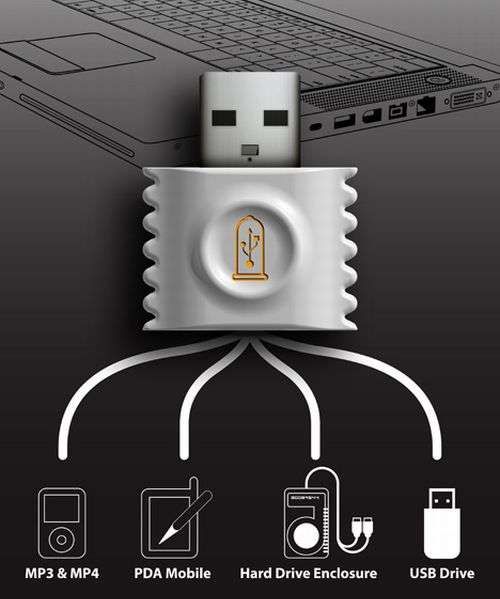 Electronic Rubber To Keep Viruses From Screwing Your PC

Vishal Bhardwaj — January 8, 2009 — Tech
References: yankodesign
Share on Facebook Share on Twitter Share on LinkedIn Share on Pinterest
Since rubber works so well in the real world to protect you from viruses, it was only a matter of time before someone extended the idea to technology to keep the virtual viruses away. All credit goes to designer Ko Yang for the weird idea of designing a condom for USBs. Flash drives are nearly indispensable today, and they’re fast becoming a grand way to spread malware, so in a way, the idea does have weight.

The Condom USB acts as an interface between a USB enabled device and the computer, and as soon as it detects a virus, the device shuts down the communication port, cleans the virus and reopens the port. This is where the USB condom scores over the “real thing," but if your antivirus software isn’t good enough to detect a virus, and you randomly decide to rely on a crazy contraption, you’re still pretty much screwed.
1.3
Score
Popularity
Activity
Freshness
Attend Future Festival