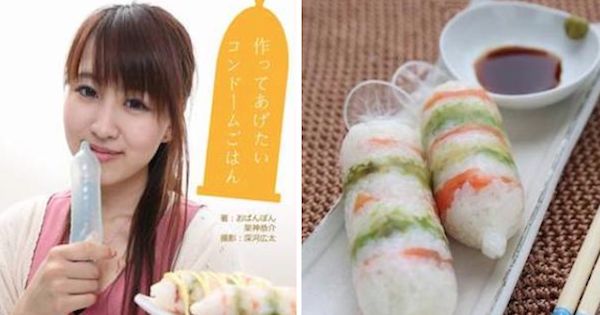 Meghan Young — September 24, 2014 — Lifestyle
References: kotaku & designtaxi
Since a way to many people's hearts is through their stomachs, it is only natural that a condom cookbook has been created. Titled 'Condom Meals I Want to Make for You,' it is chock full of bizarre recipes that inadvertently promote the use of condoms.

Co-created by Japanese manga writer Kyosuke Kagami, the condom cookbook contains such dishes as Condom Meat Stuffing, Condom Escargot Cooked with Butter and even Condom Cookies for desserts. NariNari writes, “Japanese men are some 'third worst' condom users in the world, which leads to the spread of sexually transmitted diseases and unwanted pregnancies.” Through this condom cookbook, these men (and women) will be able to see just how useful the product really is.
7
Score
Popularity
Activity
Freshness