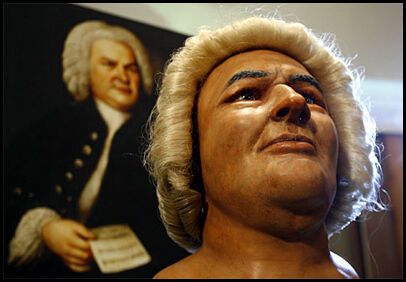 Although he only sat for one portrait his entire life, images of the composer are plentiful as are nicely sculptured busts.

Wilkinson is only cautious about what was inside Bach's head, saying that her reconstruction is not meant to provide any insight into Bach's musical genius.

"It only shows his facial appearance," she said. "I wish it could give us some sense of what was going on inside of his head, but it can't."

29 Ways to Remember
Innovative Ways to Pay Tribute to the Past, From Ed Mcmahon to 90s Rap