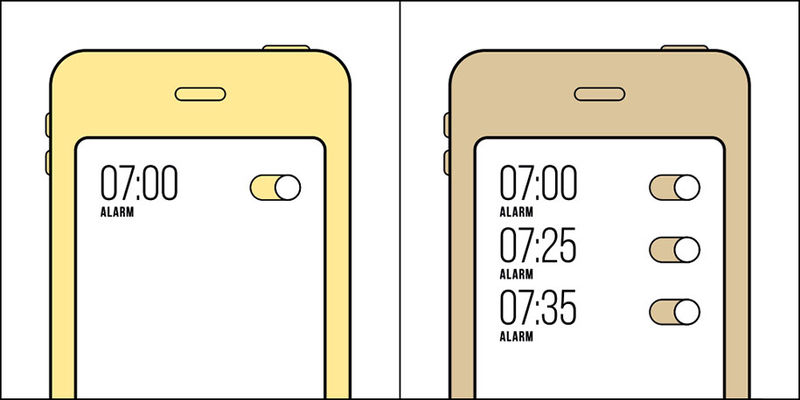 Alyson Wyers — June 10, 2015 — Art & Design
References: 2kindsofpeople.tumblr & demilked
Share on Facebook Share on Twitter Share on LinkedIn Share on Pinterest
In an endeavor to show how there are only two kinds of people in the world, this blog features a comparative illustration series to demonstrate these differences across a variety of spectrums. Focusing largely on technology, but also branching out to cover topics like food and books, the tumblr 2 Kinds of People draws contrasts that often reflect the Type A and Type B personalities.

For example, there are people who set one alarm, or create many reminders on their smartphone. Or, there are people who leave the preset wifi address, and those who create new names. The comparative illustration blog also distinguishes between folks who have multiple tabs going, versus multiple open windows. Some cut their sandwiches diagonally, and others horizontally.
7
Score
Popularity
Activity
Freshness
Get Better and Faster