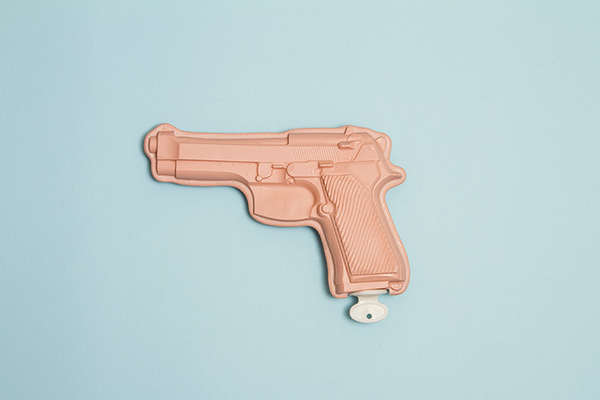 Meghan Young — June 7, 2013 — Art & Design
References: francisnorth & fastcodesign
Share on Facebook Share on Twitter Share on LinkedIn Share on Pinterest
While the Comfort Gun could be dismissed as a hipster take on the hot water bottle, joining the ranks of other similarly tweaked traditional objects, it is a comment on America's obsession with such weapons. Specifically inspired by John Lennon’s 'Happiness Is a Warm Gun,' which was written as a sendup to an NRA ad emblazoned with the slogan, the comfort gun embodies the feelings many people have towards their firearm.

Created by Francis North, a second-year graphic design student at Kingston University, the Comfort Gun plays on the idea of sleeping with a gun under the pillow. North writes, "The overlying theme was that guns were a form of comfort, in a kind of twisted and ironic way, but I quite liked this."