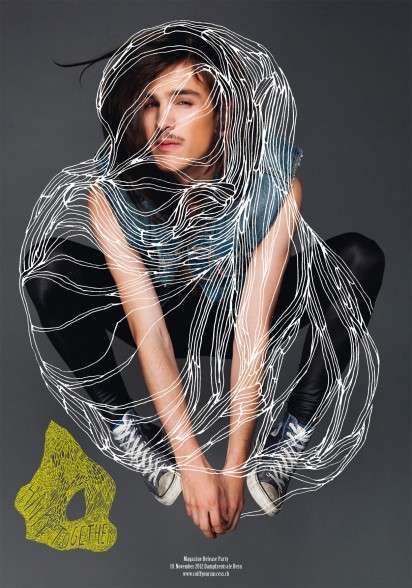 Meghan Young — February 19, 2013 — Pop Culture
References: komet.ch & ibelieveinadv
Share on Facebook Share on Twitter Share on LinkedIn Share on Pinterest
At first, the Coiff Your Success Magazine ad campaign may look like one of many editorials that have gone down the artistic route by featuring sketches on top of model portraits. Although that might not be that far off, the sketches are actually dramatic depictions of hairstyles, which is exactly what this European publication focuses on.