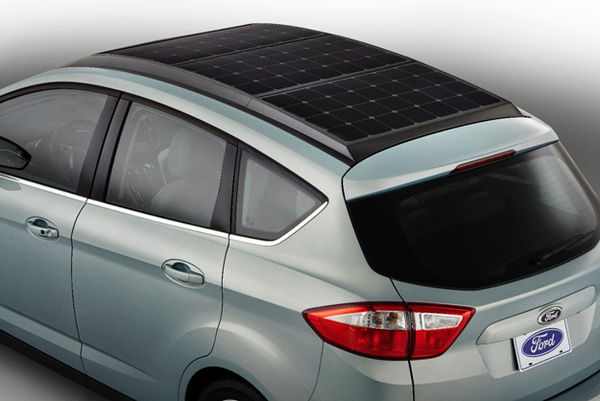 Meghan Young — January 3, 2014 — Autos
References: ford & psfk
Share on Facebook Share on Twitter Share on LinkedIn Share on Pinterest
The C-MAX Solar Energi Concept can revolutionize the electric car game before it has even really begun. Designed by Ford, it introduces solar panels on the roof of its car so as to directly store energy from the sun instead of relying solely on charging stations. By doing so, it hopes to reduce the over-reliance on electrical outlets for power.

Set to debut at this year’s International CES Show in Las Vegas, the C-MAX Solar Energi Concept is capable of storing a day’s worth of sunlight to deliver the same level of performance as its C-MAX Energi plug-in hybrid predecessor. Mike Tinskey, Ford Global Director of Vehicle Electrification and Infrastructure, states, “As an innovation leader, we want to further the public dialog about the art of the possible in moving the world toward a cleaner future.”
3.2
Score
Popularity
Activity
Freshness
Get the 2021 Trend Report FREE