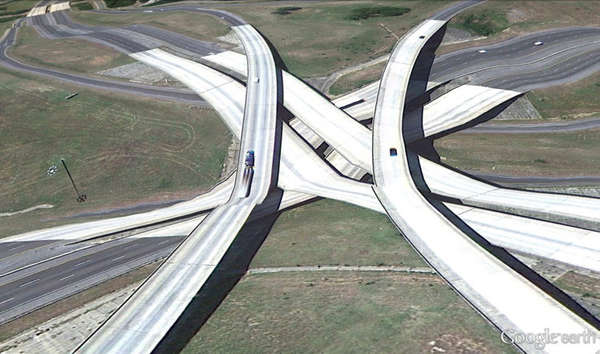 Clement Valla's Confused Google Earth Imagery Gets a Tune Up

Every so often, you'll notice something strange in Google Earth's imagery that turns the aerial view of the street or bridge you're looking at into a bizarre, altered reality. Not quite considered to be glitches, these alterations are caused when Google Earth's algorithm adds too much depth to certain features.

Well Clement Valla has been using these Google Earth mess ups to create surreal, altered reality postcards for quite some time now and his latest batch of images sees him focusing on these highways, bridges and dams to forge the breath taking imagery on his postcards.
1.3
Score
Popularity
Activity
Freshness
Jeremy Gutsche Keynote Speaker