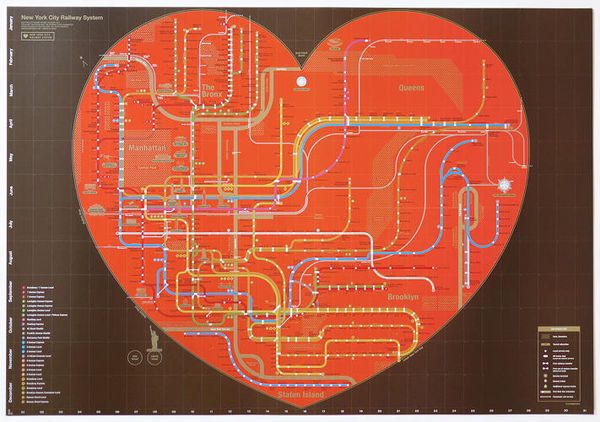 Meghan Young — January 31, 2014 — Art & Design
References: zeroperzero & fastcodesign
Share on Facebook Share on Twitter Share on LinkedIn Share on Pinterest
The City Railway System series captures the soul of a city in its subway map. Of course, each metropolis tackled in the ongoing project has been given a newly and creatively envisioned diagram that focuses not only on such informative data as subway stops and lines, but also the character of the city itself.

Created by Zero Per Zero, a graphic design studio based in Seoul, Korea, the City Railway System series depicts the Taegeuk, the Korean symbol associated with certain philosophical values, for its hometown. It also forms a heart for New York and the silhouette of the Eiffel Tower for Paris. According to the studio's website, the City Railway System represents a "new approach to projecting the identity of a city onto its subway map."
1.1
Score
Popularity
Activity
Freshness
View Innovation Webinars

Simplistic Subway Maps
The Lineposters Take Transportation Back to the Basics