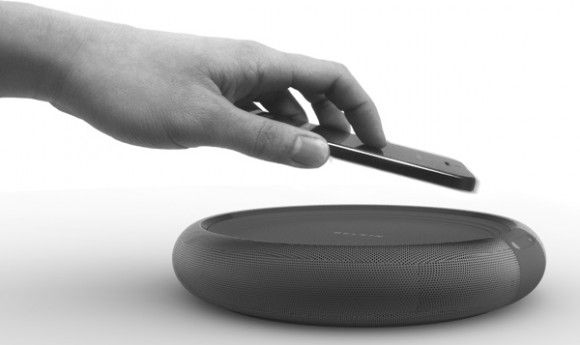 Meghan Young — March 28, 2014 — Art & Design
References: behance.net & whitezine
Share on Facebook Share on Twitter Share on LinkedIn Share on Pinterest
When a product hits two birds with one stone, it immediately has people's attention; that is especially the case when it comes to the Circle by Jae Young Jang, an industrial designer based in Seoul, South Korea. It is a docking station for phones that also doubles as a speaker. The two functionalities go hand in hand as people would naturally want to charge their phone as they listen to music.

Created for Belkin, a manufacturer of consumer electronics, the Circle by Jae Young Jang is aptly named as it takes on a sleek circular design. Yet it has an overall strong and masculine appeal that many, even women, will be drawn to. Equipped with Bluetooth and QI technologies, it automatically starts the music when placed on it, streaming songs at 360°.
4.2
Score
Popularity
Activity
Freshness
Get the 2021 Trend Report FREE