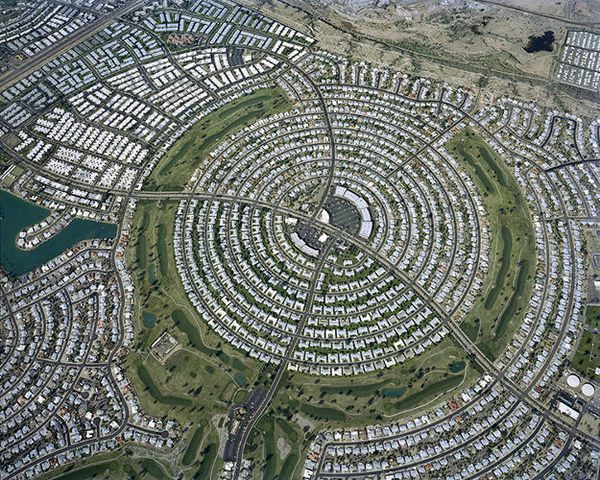 Meghan Young — April 30, 2014 — Fashion
References: christophgielen & fastcoexist
Share on Facebook Share on Twitter Share on LinkedIn Share on Pinterest
Flying into a city doesn't often grant people a good perspective of the suburban sprawl that they live in since big airports are usually built away from such residential areas; Ciphers by Christoph Gielen, a photographer based in New York City, is a photo series that captures such aerial sites. This photoshoot doesn't just show those living in such areas the patterns, but also bigger schemes in general.

In one way, Ciphers by Christoph Gielen captures growth. But it also captures the carbon footprint such cities are leaving behind as well. He writes, "I was able to present these settlements as relics from an era that was entirely defined by a belief in unlimited growth, of bigger is better, when neither distance from work place nor gasoline prices much mattered in determining the locations of new construction."
5.2
Score
Popularity
Activity
Freshness
Access Advisory Services