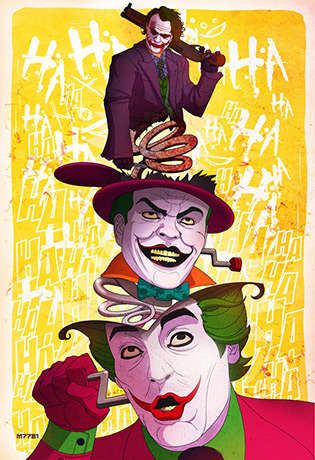 The 'Where is My Mind?' Exhibition Honors Obscure Films

— July 14, 2013 — Pop Culture
References: bottleneckgallery & lifelounge.au
Share on Facebook Share on Twitter Share on LinkedIn Share on Pinterest
A new exhibition is about to open at Bottleneck Gallery in Brooklyn, featuring a ton of cinema tribute art. Titled 'Where is My Mind?' after the Pixies' song of the same name, this exhibition honors obscure films through a visual medium. Everything from Apocalypse Now to Predator can be found within this exhibition.

Each of the works featured is completely fan-made product, demonstrating the intense effects that films can have on their audiences. Indeed, the films featured in 'Where is My Mind?' have affected their audiences so much, that tributary paintings and multimedia works have been released -- enough to create an entire exhibition.

With this gallery, Bottleneck has taken a great step towards incorporating films into the artistic sphere. No longer are films seen as solely a means of entertainment; they are seen as artistic creations, with subtle messages, visually arresting elements and emotionally stirring themes.
5.6
Score
Popularity
Activity
Freshness
Jeremy Gutsche Keynote Speaker