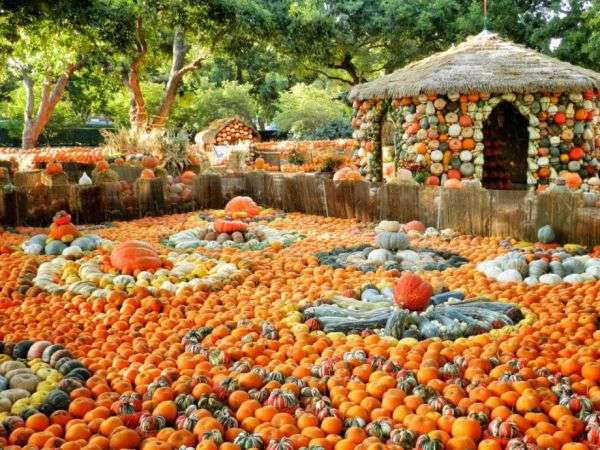 The Cinderella’s Pumpkin Village Celebrates Autumn at the Dallas Arboretu

Meghan Young — November 13, 2012 — Lifestyle
References: dallasarboretum.org & neatorama
The Cinderella’s Pumpkin Village may have a more fairy tale vibe than a halloween one, but it would have been a perfect place to take children before the trick-or-treating festivities began. Either way, it is part of the Autumn at the Arboretum event in Dallas, Texas, which is the perfect location to celebrate the beauty of fall.

The Cinderella’s Pumpkin Village in particular is stunning. It is made up of 50,000 pumpkins, squash and gourds. Decorating the grounds in the most unexpected ways, from lining paths to being stacked near entrances, it is four houses that will really steal people's breaths. Constructed out of 1,200 gourds, they represent Cinderella’s ballroom, the rooms of Cinderella and her ugly stepsisters and the Fairy Godmother’s home. There is also a pumpkin-styled carriage for photo ops.
1.4
Score
Popularity
Activity
Freshness