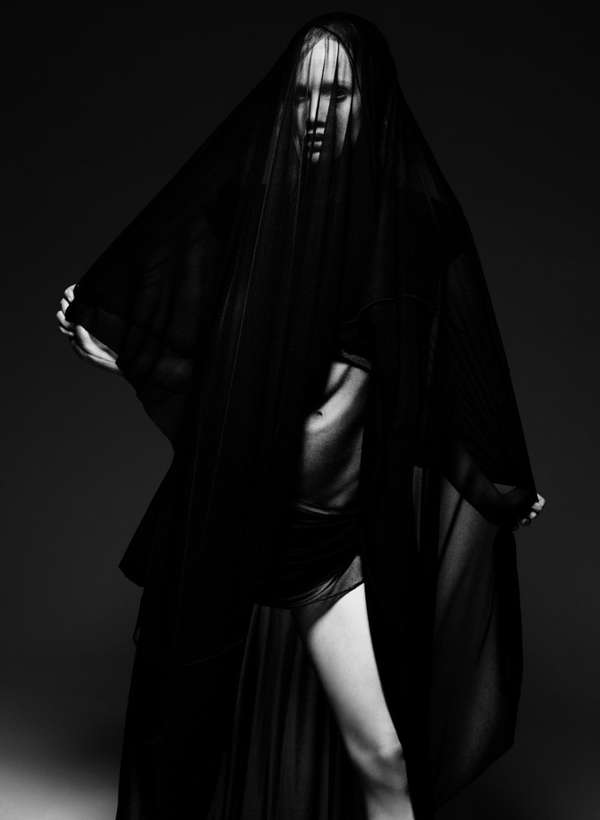 The Cicely Telman 'So Chic' Shoot is Dark and Eclectic

Meghan Young — April 8, 2012 — Fashion
References: sochicmagazine & fashiongonerogue
The photo shoot for the Cicely Telman 'So Chic' editorial is dark and bewitching, while the fashion is edgy and urban. Put together, the result is entirely enchanting, in a black sorceress kind of way. Although black is the dominant color in the editorial, there are light fur additions that mixes things up. Stylist Raffaella Campeggi did not want to conform to the traditional perception of what a witch looks like, that's for sure.

The Cicely Telman editorial was shot by photographer Gianluca Fontana for the March 2012 edition of the French magazine. The Dutch beauty is dangerously sexy in each still. Her powerful poses give her a magical presence, while her wild hair by Gianluca Guaitoli and barely there makeup by Anna Maria Negri pull the eclectic ensembles together.