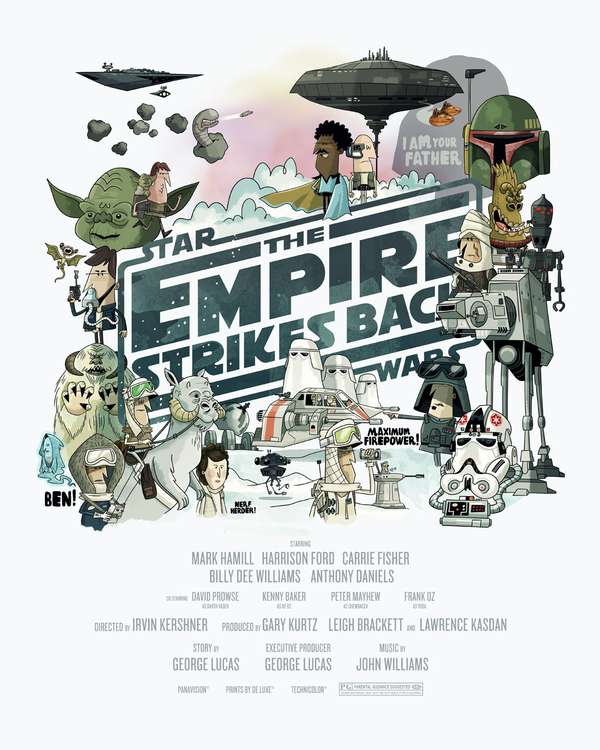 Jason Soy — February 11, 2012 — Pop Culture
References: thebeastisback & rampagedreality
Star Wars is a franchise that talented artists seem to gravitate towards, and Christopher Lee is no exception as he’s taken it upon himself to produce these hand-drawn posters commemorating the original trilogy of films. Putting his own spin on things, Lee has chosen to depict each iconic character as cute and stumpy cartoons that are reminiscent of the show Schoolhouse Rock. This adorable aesthetic contrasts the hyperrealistic images of Star Wars’ cast that’s often used in media for promotion.

Christopher Lee explains that, aside from the titles, every portion of these posters was painstakingly drawn without the aid of digital technologies. In total, he spent 150 hours creating these whimsical visuals. They certainly capture the respective spirit of the three films.
3.3
Score
Popularity
Activity
Freshness