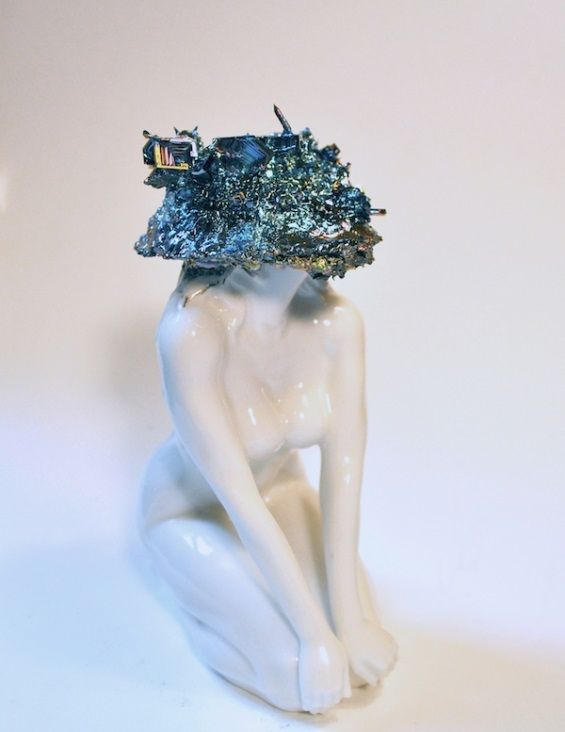 By using the chemical element bismuth, Chris Ritson has transformed otherwise mundane white porcelain figurines into an explosion of color and texture. The crystallized surface predominantly takes over the head of these sculptures. Chris Ritson writes, "As artwork is meant to herald a great movement in the viewer into unknown lands of experience, these works are manifestations of the great mythic beacons of ineffable transmissions: Immortal Gods plucked form our literary tradition, all linked to the bridge that connects humans to the imperceivable truths beyond the body.”
0.9
Score
Popularity
Activity
Freshness
Get Better and Faster