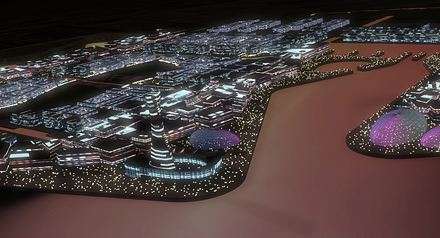 Going Like Sixty — October 9, 2007 — Art & Design
References: 2008gamesbeijing
China is on a building-spree in Beijing and Shanghai to show off to the world when the host the Olymipics in 2008.

Check out some of the hip new architecture!

The Beijing National Stadium is the home for the 2008 Beijing Olympic Games.

The National Swimming Center is designed to be environmentally sound.

The Commune is built alongside the Great Wall of China.

Pudong, the Shanghai skyscraper, will become the world's tallest building, with 101 floors.

The new terminal of the Beijing International Airport will make it one of the biggest in the world.

The Dongtan Eco City will be the new home for 50,000 people.
6.8
Score
Popularity
Activity
Freshness