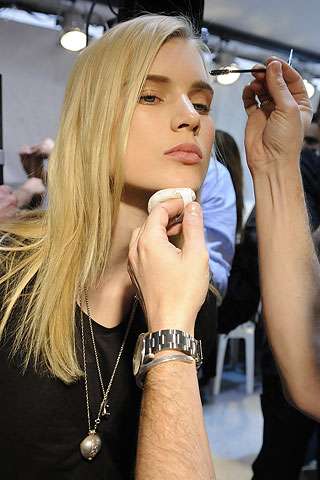 Bianca — January 8, 2009 — Fashion
References: style
Share on Facebook Share on Twitter Share on LinkedIn Share on Pinterest
The China Doll look was a popular makeup choice for many designers at the international fashion week shows for next season. Pale skin, stained lips, blush and lined eyes resembling that of porcelain China dolls, was a look favored by designers in their Spring 2009 RTW shares, as seen in the gallery.

This look is different from the vampire-esque makeup we featured late in 2008, which gained popularity due to the hit Robert Pattinson flick, Twilight. While the vampire chic look also featured pale skin, the eyes were made to look hollow, and the women somewhat sickly. The China doll look, on the other hand, features light skin too but the women who apply this beauty trend do not look ill or overly tired; rather, their skin looks like it has been shielded from the sun and their complexions immaculate.
3
Score
Popularity
Activity
Freshness
View Innovation Webinars