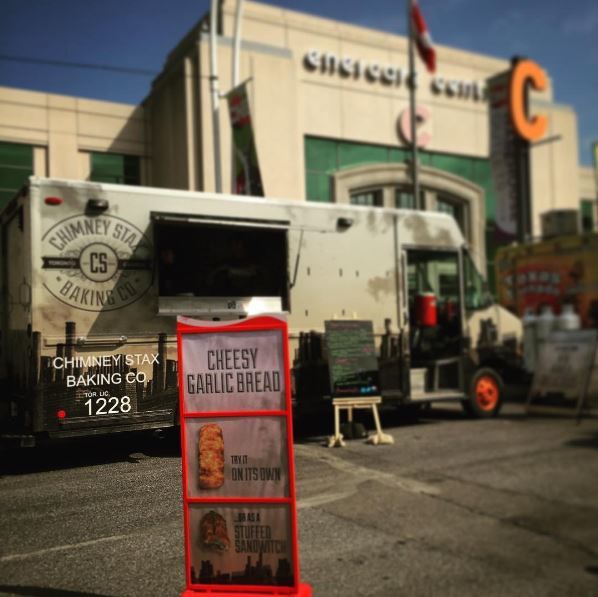 Joey Haar — September 12, 2016 — Lifestyle
References: chimneystax
Share on Facebook Share on Twitter Share on LinkedIn Share on Pinterest
Chimney Stax, a Toronto food truck, is modernizing a centuries-old delicacy called the chimney cake. Known in Hungary as kurtos kalacs, chimney cakes are rotisserie-baked breads that can be filled and topped with a whole palette of ingredients and served as either a sweet or savory snack.

Though chimney cakes are popular as street food throughout Eastern Europe, Chimney Stax is the first food truck to bring the dish to North America. Chimney Stax stays authentic with its cakes, though, baking its bread as opposed to frying it like a funnel cake.

Among the sweet snacks offered by Chimney Stax are the 'S'mores Stax,' made of graham cracker and filled with marshmallow and chocolate, the 'Christmas Cane Stax,' covered in rock sugar and candy cane, and the 'Black Forest Cake Stax,' which is covered in chocolate sprinkles and whipped cream and filled with cherry pie filling. The savory options include BLT, Reuben, and Caprese salad sandwiches.
1.6
Score
Popularity
Activity
Freshness
Get Better and Faster