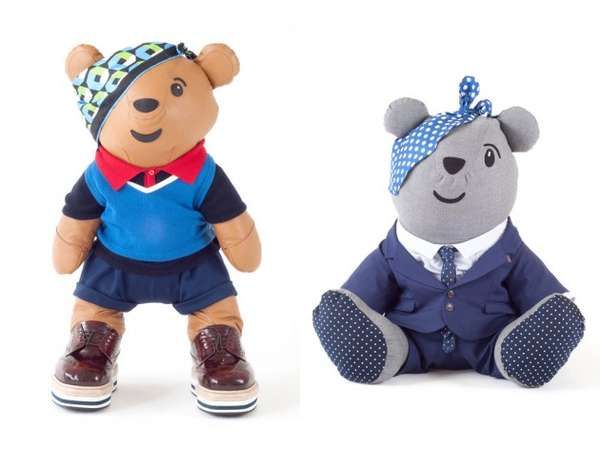 The Children In Need Pudsey Bears Were Designed By Big Names

Trenton Millar — October 28, 2012 — Social Good
References: highsnobiety
Share on Facebook Share on Twitter Share on LinkedIn Share on Pinterest
The Children In Need Pudsey Bears were designed by 30 different big name designers. Each design house was given a 24" Pudsey Bear to design and each of the bears will be auctioned off to benefit the children's charity at Christies on November 15th. The collection was curated by Katie Grand of LOVE Magazine.

Designers that have made bears for the project include Louis Vuitton, Prada, Burberry, Vogue, GQ, Sibling, Victoria Beckham, Paul Smith, Balenciaga, Versace, Vivienne Westwood, and Gucci, as well as others. The completed bears will be put on display at Selfridges in London and Manchester from October 24th to November 14th before they are auctioned off.

With an all-star roster of designers and an amazing cause, the Children In Need Pudsey Bears should be able to raise some serious cash.
2.7
Score
Popularity
Activity
Freshness
Jeremy Gutsche Keynote Speaker