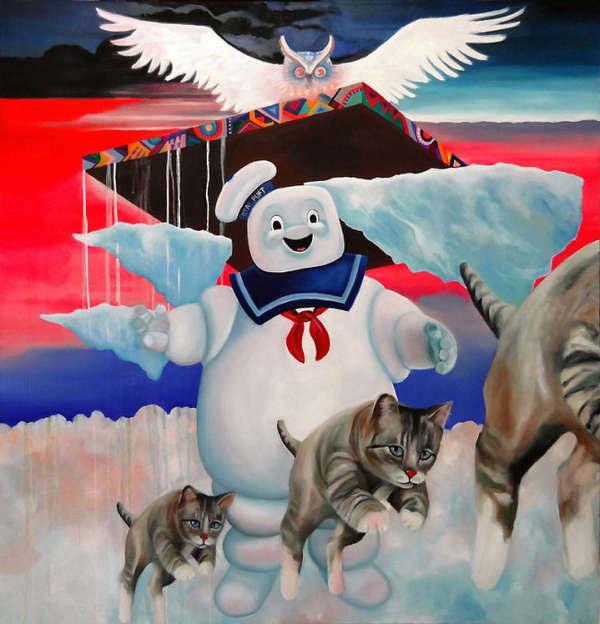 London-based artist Super Future Kid is a self-proclaimed "kidult," meaning he is neither a child nor an adult, but a combination of the two. His collages flawlessly project this attitude and state of being. Super Future Kid mashes up different pop culture icons from his childhood, creating collages featuring a ton of beloved characters. For instance, one collage shows Ghostbuster's marshmallow monster walking through a cosmic environment, stepping onto clouds, following a trail of leaping cats while being flanked by an owl with mysterious angel wings. While this illustration might not make much sense, its lighthearted attitude and hilarious juxtaposition of different, unrelated figures, makes it one of the most memorable illustration series of recent years.
4.1
Score
Popularity
Activity
Freshness
Attend Future Festival