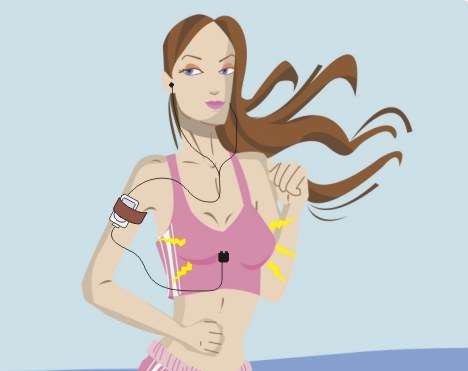 TreeHugger and Instructables made a "chest charger" that transforms support bras into energy-generating devices. While engaging in sports causes the most bounce, even the simple act of breathing causes the chest to rise and fall. A women who wears a D-cup bra can have her boobs move as much as 35 cm while exercising if not wearing a restrictive bra, possible enough to conduct sufficient electricity to power an iPod.

Bouncing boobs can be frustrating for women, not only because men ogle them, but because it can be obnoxious for the big-breasted when performing high impact sports. The invention of Bra Power, however, adds a positive spin to this nuisance. Finally!

As for the smaller chested... they'll have to rely on the less-green, old-fashioned methods of charging.
5.9
Score
Popularity
Activity
Freshness
View Innovation Webinars