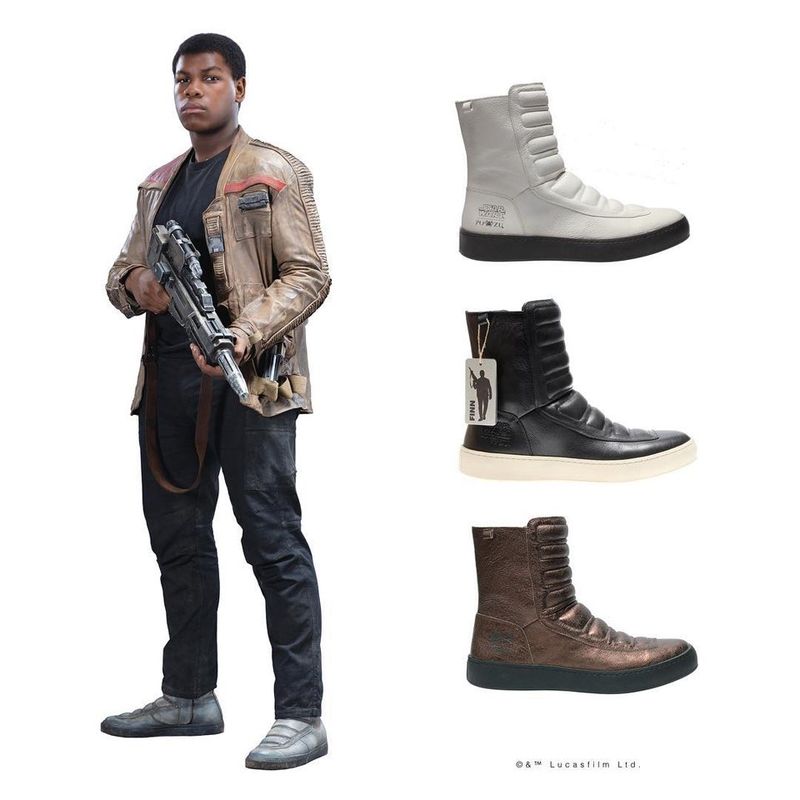 Michael Hemsworth — March 1, 2017 — Fashion
References: po-zu & theawesomer
The Po-Zu Star Wars character shoes are designed as an officially licensed lineup of footwear that are created in the style of new characters that were introduced in The Force Awakens as well as some classic characters as well.

The Po-Zu Star Wars character shoes are crafted with the same focus on sustainability and quality that the other styles from Po-Zu feature. Fans of the franchise will be able to pick up a pair of the limited-edition shoes when they launch in August of 2017. Although it hasn't been announced yet, there is speculation that the new collection of Po-Zu Star Wars shoes could see other styles introduced later on.
5.4
Score
Popularity
Activity
Freshness