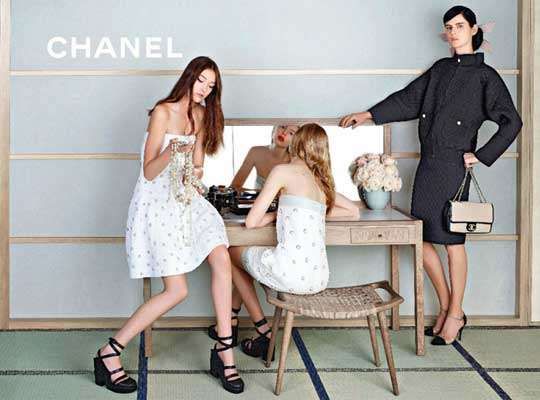 The fashion house, which has always been coveted as the leader of sophisticated French fashion, do not disappoint in the new spring/summer line. Bright red and blue hues are complemented by several black and white shades. The pieces, which are predominantly dresses, would be perfect for a romantic picnic or any outdoor garden party. The models, who look ravishing in their ensembles appear almost bored in the campaigns. It is almost as if they are backstage at a fashion show waiting for their turn to be called to walk down the coveted runway.

Despite this interesting choice of styling, the clothes as well as the Chanel S/S 2013 line look ready to wear for any upscale outing.