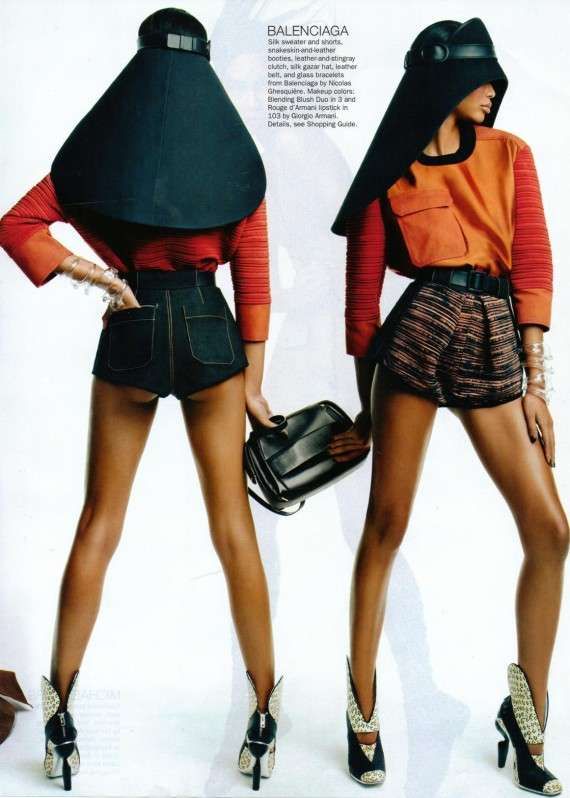 The 21-year-old supermodel, who has been compared to a young Tyra Banks, is featured in the shoot alongside an interesting co-star: herself.

The editorial shoot comes with the headline "Happiness is a pair of tail fin heels in T- bird colors. The best of the spring collections, from couture-inspired shapes to road-stop prints." What could be more perfect than a playful, flirty editorial starring one of the world's top models to start off the new year?
6.3
Score
Popularity
Activity
Freshness
Get Better and Faster