Simulating Censorship For Awareness
Next
Set of
Related
Ideas 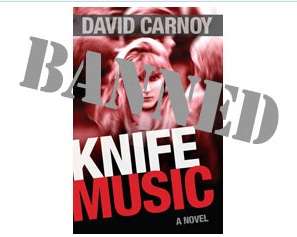 Frankly, I’m a bit shocked. I thought the days of banning books were over. I wonder if Apple will ban the Bible from being uploaded to iPhone too. After all, it contains vivid stories stories of rape, obscenities, violence, and hate.
3.3
Score
Popularity
Activity
Freshness
View Innovation Webinars