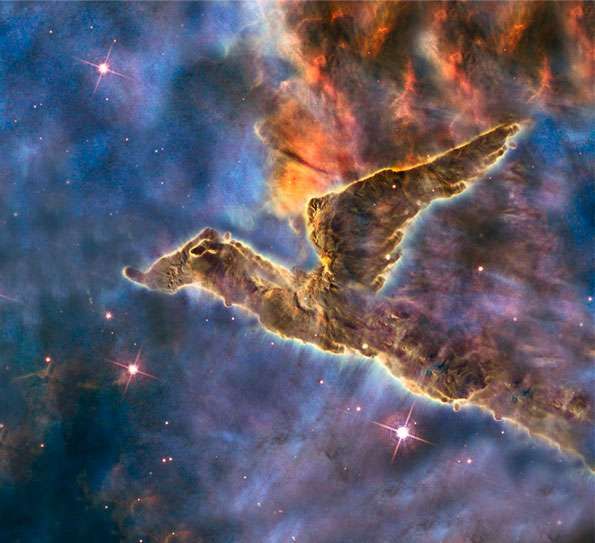 Meghan Young — June 22, 2012 — Fashion
References: chriskeegan & itsnicethat
Share on Facebook Share on Twitter Share on LinkedIn Share on Pinterest
The Celestial Artworks series re-imagines the night sky as an infinite canvas worthy of great works of art. While some people may argue that the natural cosmic creations captured via technologically advanced telescopes could be considered art in and of themselves, Chris Keegan, an illustrator living and working in London, England, has decided to take it up a notch with his Celestial Artworks series.

Working off of imagery from NASA's Chandra X-ray Observatory, the Celestial Artworks series depicts all sorts of creatures created out of stars, space-clouds and more. From mythical animals such as the phoenix to more common ones like dolphins and even a face that looks eerily like Jack Skellington from 'The Nightmare Before Chrismas,' the manipulations are stunning.
3.6
Score
Popularity
Activity
Freshness
View Innovation Webinars