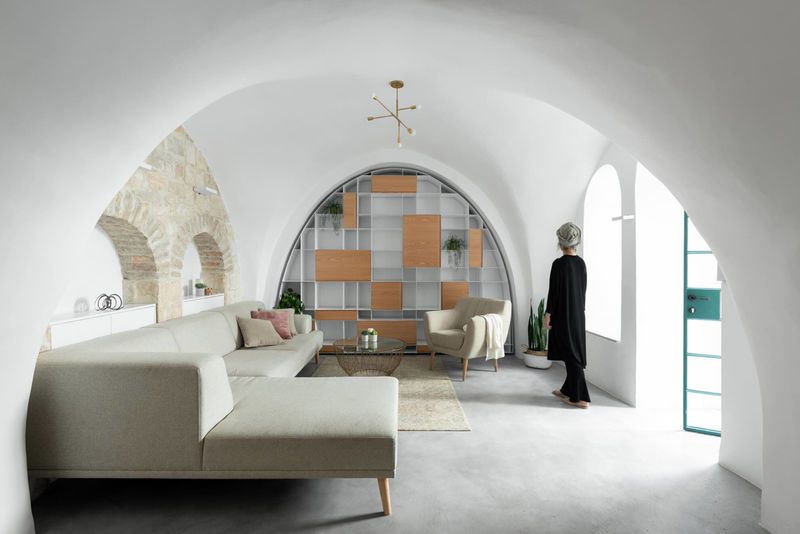 Kalina Ned — February 5, 2020 — Art & Design
References: shlomitmamon & design-milk
Share on Facebook Share on Twitter Share on LinkedIn Share on Pinterest
It is usually rather unusual for a cave-like home to be brightly lit, but this is not the case with this abode, which is situated on the grounds of the Old City of Jerusalem — a location that is said to be "tricky for contemporary architects." This stems from the historic value of the place, which is riddled with ruins, vaults, and more.

Shlomit Mamon Zaresky was tasked with renovating a home that was approximately 400 years old. This proves to be an exciting task, as well as a sizable challenge, for the contemporary architect. The cave-like home, which spans between two street levels, exhibits a cozy, intimate, and private interior. During the refurbishing process, Shlomit Mamon Zaresky emphasized light sources and the relationship between historic and modern aesthetics.