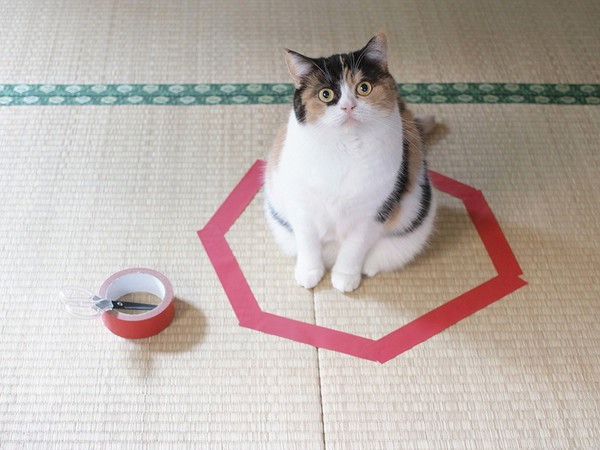 Meghan Young — October 25, 2014 — Lifestyle
References: reddit & designtaxi
Draw a line between a room and often that suggests a sort of segregation, which often needs an accompanying explanation of who belongs where; not so when it comes to cats and cat circles. The cat circle is a strange phenomenon in which these furry felines are drawn to the enclosure of a circle--even if it is just a line on the ground.

Currently making its rounds on the Internet thanks to a reddit conversation instigated by admancb, the Cat Circle phenonmenon is easy enough to put together and witness. As another redditor, kagedtiger, points out, Cat Circles adhere to the '3 laws of catlogics: A cat must act cute; A cat must be unhelpful as long as such unhelpfulness does not conflict with the First Law; A cat must do strange things except where this would conflict with the First or Second Laws.'
6.4
Score
Popularity
Activity
Freshness