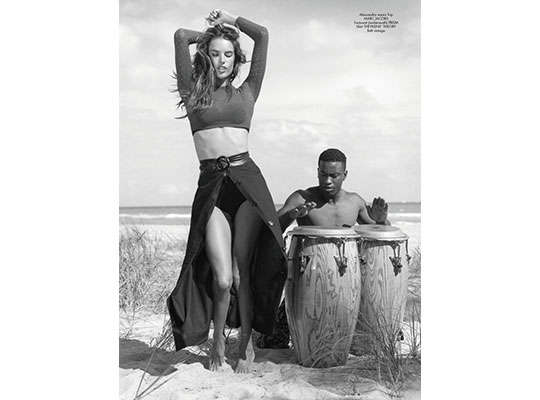 The Carine Roitfeld Fashion Book Exemplifies Having a Good Time

This year, she chose some of the sexiest faces in the industry to head her shoot, which include Irina Shayk, Alessandra Ambrosio and Kiara Kabukuru. Reality TV star Big Ang also makes an appearance, who fit right in with the other lovely ladies with her busty curves and bigger personality.

The theme of the shoot, which was photographed by Bruce Weber, was beach fun in the sun. Seen dancing around, playing instruments and even riding in a banana yellow car, the carefree photo shoot embodies summer time fun and the simple pleasures in life. Fans of the Carine Roitfeld Fashion Book won't have to wait too long to get their hands on a copy as it will hit newsstands on February 28th.
4.3
Score
Popularity
Activity
Freshness
View Innovation Webinars