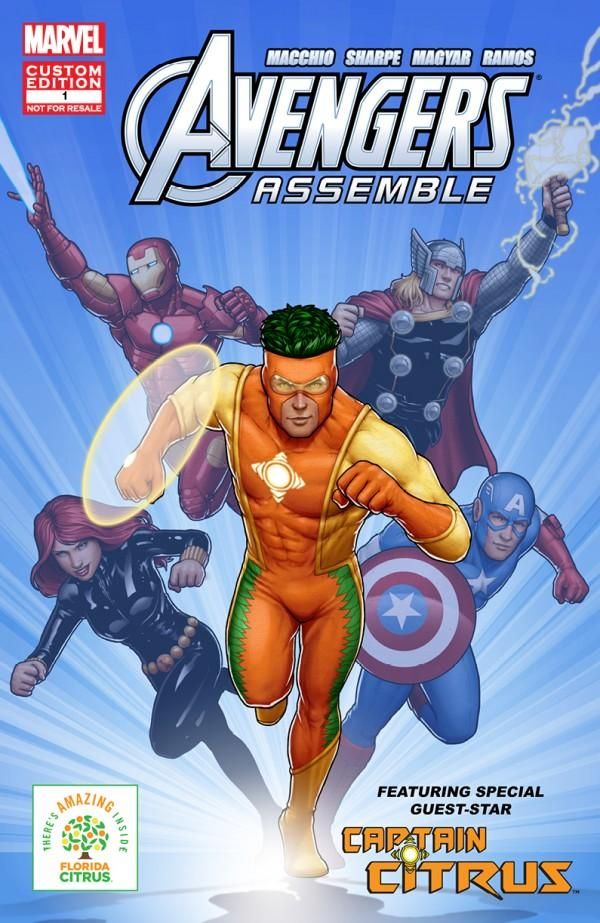 Meghan Young — September 30, 2014 — Lifestyle
References: floridajuice & theverge
Avengers has a new superhero to help fight the forces of evil and he goes by the name of Captain Citrus. Although that doesn't sound as powerful as Thor, Iron Man or even Black Widow, Captain Citrus has a more important mission than fighting the typical blockbuster bad guy. He is here to raise awareness of the benefits of orange juice and how it can help make kids strong like their favorite superheroes.

Created by Marvel Custom, Captain Citrus was commissioned by Florida's Department of Citrus. Appearing in a small series of comics alongside the original Avengers, Captain Citrus is the alter-ego of John Polk, a man who lives on an orange grove and "solar pods" in his body that allow him to cheat certain death.
2.2
Score
Popularity
Activity
Freshness