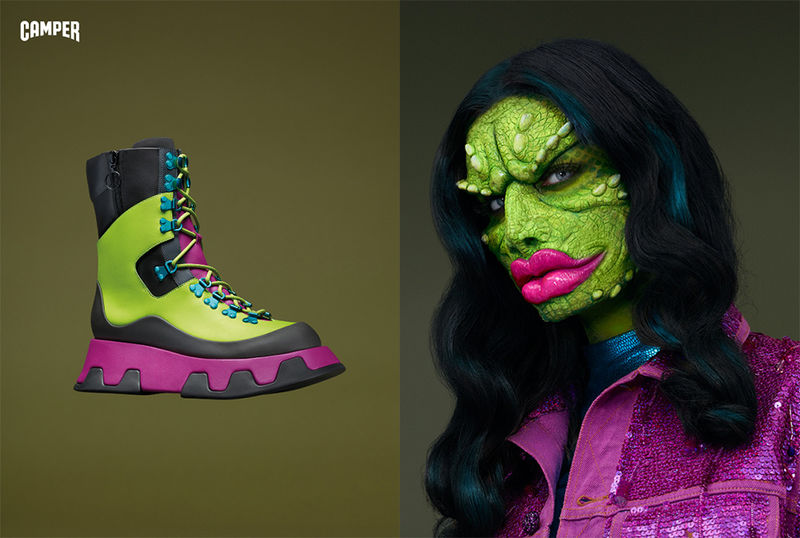 Making use of highly eccentric imagery, the campaign shows different types of shoes next to subjects who embody them. For example, a vibrant futuristic platform boot is shown alongside a green-skinned woman from another planet, whose clothing, hair and features coincide with the colorway of the Camper shoes.

Another shows a man with slicked-back cartoon-like blue hair next to a sleek sneaker of the same tone, with his appearance reflecting it in an eye-catching way. In its original campaign, Camper shoes does well in capturing the attention of consumers, inciting them to have a greater appreciation for the designs.
6.3
Score
Popularity
Activity
Freshness
View Innovation Webinars