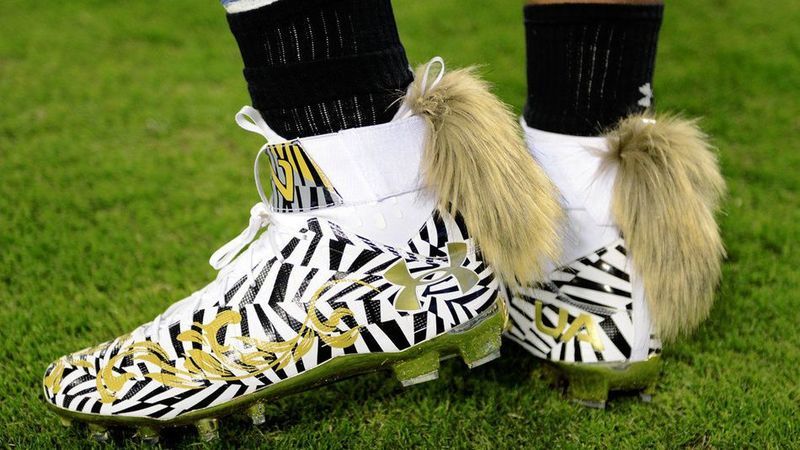 Joey Haar — November 21, 2016 — Lifestyle
References: twitter & mashable
Share on Facebook Share on Twitter Share on LinkedIn Share on Pinterest
Cam Newton is known as one of the more gregarious and charismatic football players in the National Football League, and the star quarterback risked a fine from the massive sports organization before last night's Thursday Night Football game by sporting a pair of crazy cleats. During pregame warm up, Cam Newton wore a pair of boisterously decorated cleats that featured two miniature fox tails protruding from the back and hanging down the heel.

Aside from the fox tails, Cam Newton's cleats were designed with a few different patterns. In the foreground they had an Art Nouveau-esque swirl of golden leaves. The background had a completely different style, however, with a dazzle camouflage motif.