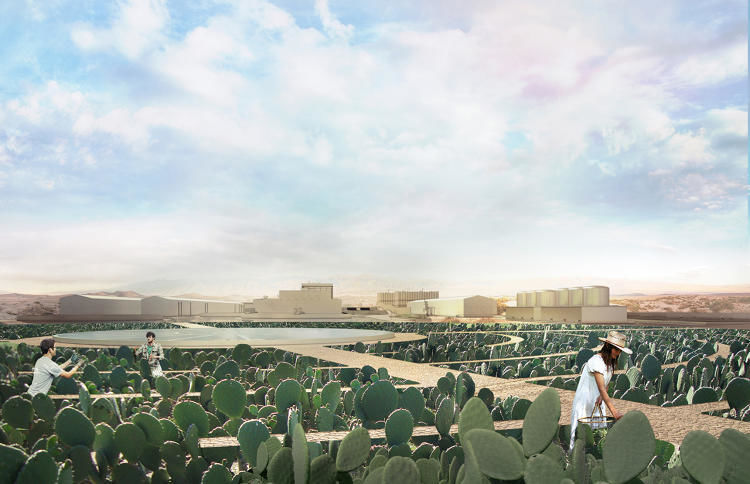 Cadhla Gray — September 22, 2015 — Eco
References: dryfutures & fastcodesign
Share on Facebook Share on Twitter Share on LinkedIn Share on Pinterest
A radical project to increase reliance on cactus farms won the first prize in a competition called 'Dry Futures,' which called for design solutions to California's drought. The idea laid on the premise that in order to make a dent in California's water consumption, the crops it planted would need to change.

Cacti need very little water to survive, making them an ideal plant for environments like California to cultivate. However, few in North America view these plants as valuable. However, architect Ali Chen suggested ways to change this by building a "hybrid burning man-esque cactus farm, wastewater purifying plant and eco-resort."

Cactus farms would be used in the restaurant of the resort, raising awareness of its potential as a food ingredient for both human cuisine and for livestock. Its water-purifying power would also be capitalized on and the entire project would courageously aim to turn cacti into a hot commodity.
1.8
Score
Popularity
Activity
Freshness
Get Trend Hunter Dashboard