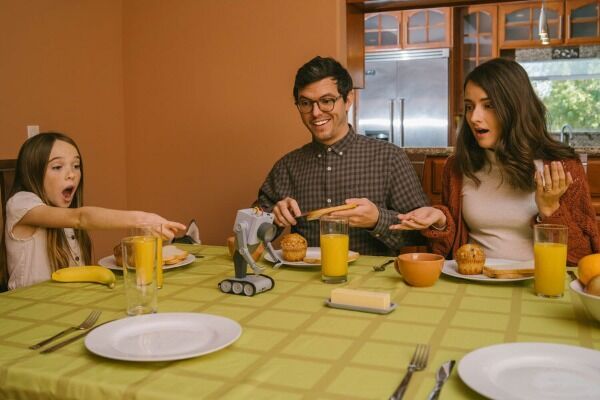 Laura McQuarrie — November 24, 2020 — Tech
References: thebutterrobot & designtaxi
Share on Facebook Share on Twitter Share on LinkedIn Share on Pinterest
Adult Swim and Digital Dream Labs teamed up to create a real-life version of the Butter Robot from Rick and Morty, which was created for the sole purpose of passing butter. Just like the small, two-armed version of the robot created in the show, the Butter Robot boasts life-like movements, a trademark voice and even an "emotion engine." The latter feature gives the bot the ability to "react" to its environment and take on more human qualities over time.

Thanks to a text-to-voice feature, the Butter Robot is capable of interacting with its surroundings via phrases that are fed into the mobile app. Fans of the show and those who love to code will appreciate the robot all the same, as there are three control modes that can be played with in the companion app.