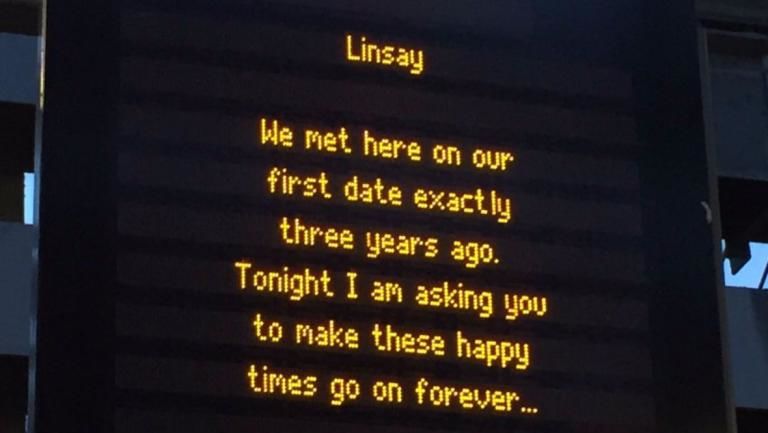 This Proposal was Posted in a Glasgow Train Station

Joey Haar — March 21, 2017 — Lifestyle
References: twitter & stv
Share on Facebook Share on Twitter Share on LinkedIn Share on Pinterest
For the most part, train station information screens aren't particularly riveting (unless one's train is delayed) and they certainly aren't romantic — at least until this bulletin proposal showed up at Glasgow Central station in Scotland. The message, which was posted on the information board of the station, read, "Lindsay, we met here on our first date exactly three years ago. Tonight I am asking you to make these happy times go on forever... Will you marry me?"

In such a public place, the message garnered heavy shares and interest on social media. The ScotRail Twitter account has since confirmed that Lindsay said yes, with reports saying that the affirmation was met with cheers and applause from the surrounding commuters. The happy couple reportedly had champagne at a station bar afterward to celebrate.
1.5
Score
Popularity
Activity
Freshness
Jeremy Gutsche Keynote Speaker