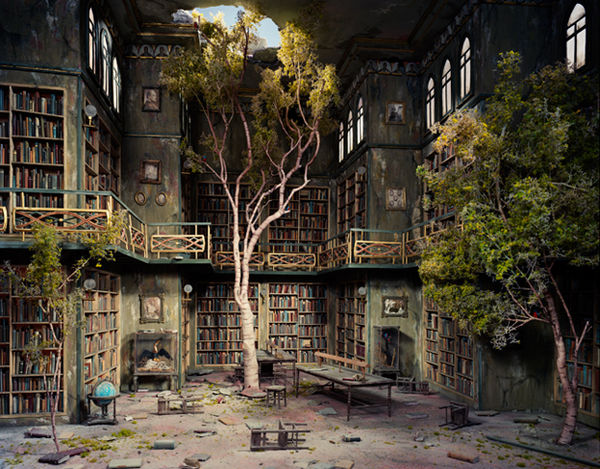 Rahul Kalvapalle — May 14, 2014 — Art & Design
References: lorinix & featureshoot
Share on Facebook Share on Twitter Share on LinkedIn Share on Pinterest
In her book 'The City,' Brooklyn-based photographer Lori Nix plays with ideas that are related in some way to the destruction and ruin of humankind. From meteorite showers and worldwide earthquakes to nuclear holocaust and zombie apocalypse, the idea of the end of humankind has been a part of human imagination since prehistory. Nix's photographs capture and play with these ideas.

Nix and her partner Kathleen Gerber handcrafted highly detailed post-apocalyptic scenes out of various objects, which were then photographed. The photos are informed by pop-culture history but also by Nix's own childhood. She grew up in Kansas, where tornadoes, blizzards, insect invasions and lightning strikes were normal, regular occurrences.

The Brooklyn-based photographer's photos are on display at Galerie Kluser in Munich, Germany until May 17.